It's the end of the world but a new beginning for Azeroth... 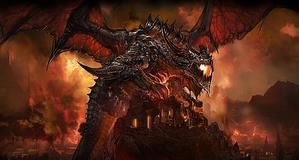