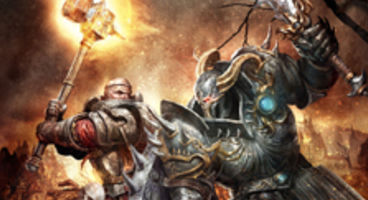 BioWare Mythic, as the studio is now known, reassures fans of the Warhammer MMO that the plug isn't getting pulled because it "is profitable."

They're getting a "great response" from the community, it was a "huge challenge" launching against World of Warcraft. Still open 'despite naysayers'.

"Tens of thousands of players" join Warhammer Online each month say EA thanks to their Endless Trial promotion, which lets players use the game for free. Warhammer Online was hyped as a World of Warcraft killer, an ambition never realised.

By September's end '08 it had sold 1.2m copies and had 800k registered users, but now it retains around 300k according to EA - far from Blizzard's lofty 10m+ subscribers. "We're coming up to two years since the game was released," said Eugene Evans.

"We're still running it. The game is profitable. We have a team that's engaged in it. We're seeing a great response from the community as they rediscover the game."

"When we launched we were up against the biggest competitor in the business, and arguably one of the biggest franchises in our business, with World of Warcraft. That was a huge challenge," continued the BioWare Mythic general manager.

"We're far from giving up on the game. Here we are two years later, and despite all the naysayers we continue to improve," he said. "These games are not defined by the product you have at launch. They're defined by what you do with the game and how you respond to the community." The Endless Trial limits free play users to Tier 1 content.

"We were able to present a new trial experience that gave people the time to discover what was great about the game," Evans said. "They weren't worried about trying to discover that in 10 or 14 days. We're still getting tens of thousands of people a month coming through trying that experience."

Producer Carrie Gouskos acknowledges they bit off more than they could chew. "Maybe we attempted too much early on, making sure the player versus environment experience was as meaningful as the realm versus realm experience," she said.

"Right now, everything we're doing and where we're going and what the path of the game is, is focused on RVR. We know that's our strength. That's what our players who are playing right now want. And that's something we have a pretty good handle on."

"We know our strengths and we're playing up to those as best we can." The rebranding of Mythic to BioWare Mythic is obviously trying to rub off some of BioWare’s tremendous reputation onto the WAR studio - time will tell if it works.

Are you a Warhammer Online subscriber? Have you tried the Endless Trial? 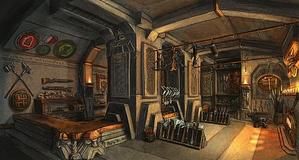