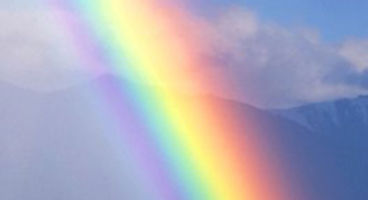 You want what?! Shepard's starship don't mass accelerate that way, buddy. BioWare says Mass Effect is like a PG-13 movie, so no 'funny stuff'.

The love interests are "part of the story" but the dev team still view it like any other "PG-13 action movie," and that's why they're "relatively light."

Speaking with 1UP, BioWare's Casey Hudson explains why one frontier of mankind, homosexuality, won't be getting any spot light treatment in Mass Effect: "Everything new that we add still requires extra content. Some people might argue in a case like that you could just have the same kinds of scenes that just work with different characters," he said.

"But we wouldn’t really want to have it that way. You’d want to take a proper approach to designing those scenes, otherwise you’d see the same scene." Well that's the technical explanation for why Shepard doesn't really get around the ships entire crew.

"So we kind of pulled back and looked at where we had to draw the line in terms of how much content we make. How much should we support? We actually added a lot more romance options because we have new characters and multiple options already in the romances," explained project lead, Hudson.

"So we kind of pulled back and said, "Well, the love interest is part of the story and it helps you care about the characters in a different way." We still view it as... if you’re picturing a PG-13 action movie. That’s how we’re trying to design it."

"So that’s why the love interest is relatively light. ... That’s another thing we did better than we did before. We really lock you into character."

"Tali is really interesting because the whole idea of her character and what she’s concerned about and her experience and age -- we kind of factor all those things, and we designed the love interests really around the particular characters because they’re all quite different. So her (love scene) is a little more innocent and fun."

Sure you can go have it off with other species, providing they're of the opposite gender (or mono), but holding hands with your fellow chromosome just isn't PG-13. Is this a great injustice the world is likely to reel from for years? Probably, almost certainly not.

BioWare has been open to homosexual shenanigans in past titles like Jade Empire, and the more recent Dragon Age: Origins. What does co-founder Ray Muzyka say?

"Sometimes, in some of our games, we are going to have a defined character with a more defined view. Almost like a third-person narrative -- where Mass Effect is more in that vein, Dragon Age isn’t in that vein; you could see the differences between the two."

"It’s just part of the design and the choices made for each game. It doesn’t mean that we’ve in anyway changed our philosophy toward enabling choice. We love giving players choice, and we are going to continue to enable that for future games," explained Muzyka.

There you go, BioWare won't be firing guns wildly into rainbows after all, they just wanted to tell a story of some guy or girl who's heterosexual... and into heterosexual aliens...