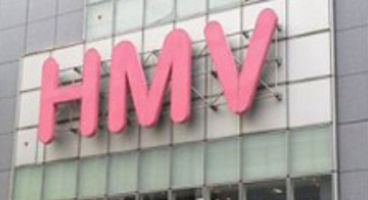 Retailer HMV finds it "odd" that games publishers feel they deserve a cut of the second-hand market when other industries don't, like books.

The "manufacturer of whatever it might be" makes profit from first-hand sales, but then transfers "ownership to the buyer", who may sell it on.

This process is otherwise known as commerce, specifically capitalism. "I understand where the publishers are coming from," said HMV's UK & Ireland boss Simon Fox, but "on the other hand it's hard to find a market where the original owner/publisher/manufacturer benefits from the future trade of products," he continued.

"...whether it's the second-hand book market, the second-hand furniture market or the ticket resale market." Some have introduced activation schemes like EA's Online Pass.

"The fact is, in every case, the manufacturer of whatever it might be makes their profit from the original sale, transfers the IP or ownership to the buyer, and if the buyer then chooses to sell that item, it's up to them," continued Fox.

"You don't hear book publishers asking for a share of the second-hand book market," he added. "I've never heard that." There is a difference of course with the videogames industry in that some games are multiplayer and so need dedicated servers to handle it.

"As a retailer we feel it is something that our customers want," Fox continued.

"We weren't first into this market, we were a late-comer. It's not a big part of our mix, but it is an important part of our mix, and what we do is in some degree part of the way of competing with supermarkets on pricing."

"By providing a trade-in offer on a new release you can make that new release affordable, perhaps even cheaper than the supermarket price - but it's part of a deal. They bring something back, and in exchange they can have the latest product at a very competitive price." Some new games then sell for mere pennies or cents with trade-ins.

Should videogames publishers be enduring the second-hand market like every other industry around the globe, or are they in a unique position what with multiplayer?