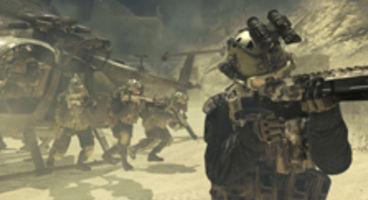 They just can't help themselves. Microsoft has reminded us all that the first Modern Warfare 2 DLC is this spring, and only on Xbox 360.

At least it'll hit their platform first anyway, in the form of two map packs from developer Infinity Ward. They've been in the works since November.

Why can't Microsoft and Sony play nice and share their map packs? Oh right, because they want to destroy one another and have all our hard earn grifted cash for themselves. The deal for Modern Warfare 2's DLC hitting 360 first emerged last June at E3.

Do multiplayer map packs do it for you, videogamer?