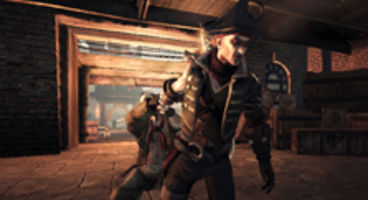 Lionhead Studios' Fable III has another great thespian added to its voice over ranks as actor Sir Ben Kingsley is crowned King of Mist Peak.

Not only is he King but a wizard as well - almost like the man really. Videogame roles "very energising and good" for actors, thanks to diversity.

"I’m a voice in a new video game shortly – Fable III. I’m a wonderful wizard character who is the king of Mist Peak,” Sir Kingsley told CVG. He joins Jonathan Ross and John Cleese as fellow Fable III cast members, with Cleese playing the role of our butler.

"It's very energising and good for us actors", he said, to realise that acting "is so diverse now." Our industry has grown up since those arcade cabinet days.

Videogames "are as big a jump now as I suppose when cinema was invented, when people went from the stage to the cinema thinking: It's not really acting, is it? Now, it's video games - and it is acting. It's very demanding," he continued.

Fable III takes place in the land of Albion, which is what England used to be known as many moons ago, which is why the cast is predominantly British. What other UK peeps might Lionhead and Peter Molyneux score for their latest action-RPG?