Total War console interface "actually solved" but 'would it sell?' 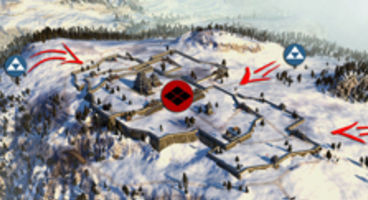 Developer Creative Assembly still has ideas for the Total War franchise getting to consoles, at least in their periphery. The control scheme is 'already done'.

It's actually a matter of would it "sell on console?" It's RTS with a love of history and deeply rooted to PC. They're "looking at everything" for the future.

"At some point. Maybe. I don't know," said Creative Assembly lead artist Kevin McDowell, on whether Total War will come to console in all its strategic glory. "Somebody give Sega a bucket load of money to pay for it and we'd be alright," he joked.

"We have actually solved the problem with controlling Total War games using a control pad anyway." Let's hope it’s not like that system Creative used for Stormrise on Xbox 360 and PS3, which was not received very well at all.

"In the past one of the artists actually coded up some experimental stuff just on his own time and was like, 'Oh that actually works really well,'" continued McDowell.

"But I think the biggest issue really is, would Total War sell on console? It's kind of difficult to answer that question without spending all that money."

"There's also, which is the better platform to push for, which is the best method?" added Total War: Shogun 2 lead designer Jamie Fergusson. "I mean you've talked about using joypads, we've also looked elsewhere, we're looking at everything including iPhones, online gaming as well. Just different ways of playing."

"A legitimate question is, 'Why would we do it on console and not on Facebook?'" noted McDowell. Fear not for now though as Creative Assembly are squarely focused on PC exclusive Total War: Shogun 2, which has the series revisit feudal Japan.