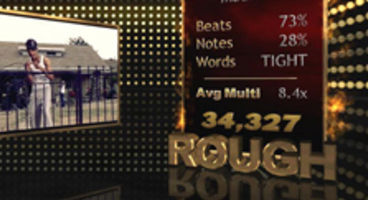 Calm down, there's no need to fret. You'll be rapping it big and long into the night this fall as Konami is named Def Jam Rapstar's distributor.

It has over 40 songs and will be releasing on Xbox 360, PS3 and Nintendo Wii. Expect lyrics from 50 Cent, Lil' Wayne and other rhyme lovers.

The full list of artists and their spoken sung lyrics aren't known just yet, but Joystiq reports the following in attendance at least:

Are you one who enjoys his rap? Maybe some rock and roll is as far as you'll go when picking up the plastic peripheral? Can't wait for Symphony Conductor Hero...