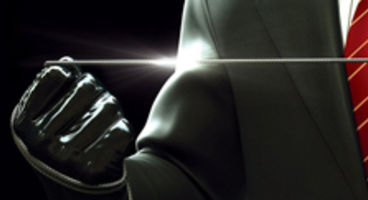 Two online CVs though don't mind announcing it as one former IO developer worked as Hitman 5's Lead Animator. Another says its 2011 bound.

Damien Simper worked at IO Interactive from 2006 to 2009 where he fulfilled the roles of "Lead Animator for Hitman 5 and Senior Animator for Kane and Lynch", he posts on his LinkedIn profile. Simper now works in the movie industry for Cutting Edge.

The other online CV belongs to former IO programmer Theo Engell-Nielsen, and he's worked on Hitman 5 as well. Not only that but his credentials point to next year for when it's due to release.

"It's flattering to see so many fans are eager for another Hitman game. Unfortunately we have nothing to announce at this time," Square Enix said this year regarding Hitman 5. Another LinkedIn profile (a former Realtime Worlds dev) also revealed the game, but only through the Google cache because its owner edited the information since.

Are glad IO Interactive is going back to bald guy with piano wire?