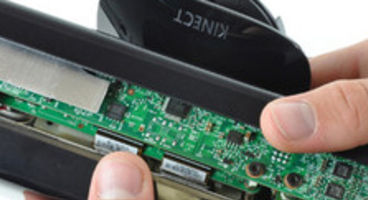 Apparently there's been success in bypassing safeguards, which Microsoft"does not condone". It's "amazing" tech that shouldn't be locked.

Limor Fried and Phillip Torrone who chair Adafruit Industries put up the prize money because they believe the technology in Kinect is far too valuable to be wasted on the Xbox 360, a view that Microsoft themselves share and obviously have plans to exploit.

"Microsoft does not condone the modification of its products. With Kinect, Microsoft built in numerous hardware and software safeguards designed to reduce the chances of product tampering," said Microsoft in a statement.

"Microsoft will continue to make advances in these types of safeguards and work closely with law enforcement and product safety groups to keep Kinect tamper-resistant."

In response to their statement, the MIT alumni doubled the prize money and it has actually been claimed after a hacker posted a video showing his Kinect prowess, having bypassed security and gained control of its motors. It's yet to be made 'official'.

"It's amazing hardware that shouldn't just be locked up for Xbox 360," said Phillip Torrone. "Its 'radar camera' being able to get video and distance as a sensor input from commodity hardware is huge." Sorry but it belongs to the people now Microsoft.

Kinect launches November 10th in the UK and Europe.