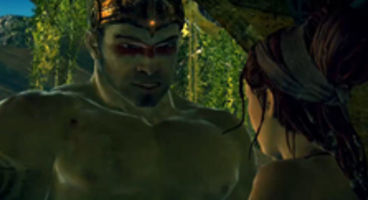 Developer Ninja Theory's Enslaved will be out this October announced Namco Bandai's E3 trailer, which sounds right as it's already complete.

From now until Halloween then Enslaved is getting a ton of polish. So far the consensus is it looks brilliant so it should be blinding come retail.

“The game is already finished as of a couple of weeks and months ago and they are polishing the game," revealed Namco Bandai Partners VP Olivier Comte last week. The game is set 150 years in the future and Earth isn't looking so great for mankind.

Enslaved: Odyssey to the West releases on Xbox 360 and PS3 this October. Check out the newly released E3 2010 trailer below.