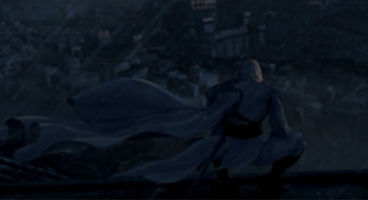 Publisher Ubisoft have released a teaser trailer for the upcoming animated series they're calling Assassin's Creed: Ascendance - rain and running.

It's a very short clip they tease us with and it comes from UbiWorkshop, the guys behind other such Ubisoft promotion work - short films, comics etc.

The trailer shows us an assassin running along a rooftop or two during a rainstorm (of which I'm sure his health insurance doesn't cover), he also perches himself, looking over a drenched city all brooding and Dark Knight-like. See it below.

Assassin's Creed: Brotherhood releases on Xbox 360, PS3 and PC November 19th in Europe, which is next week. That'll have plenty of running in it too I'm sure.