Lionhead lead artist "bothered" by lack of wildlife in past Fables 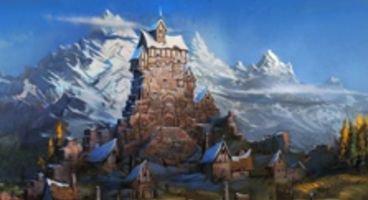 John McCormack, lead artist at Lionhead Studios, has said how Fable's lack of animal diversity in its past has always bothered him a bit.

Things may change as they've "gone a little way" in improving the animal populace, but it's hard convincing AI/animation teams to work a badger.

"The lack of animals in the Fable franchise is always something that has bothered me and we’ve gone a little way into improving in this area for the latest instalment," Cormack told Beauty of Games in an interview, reports Joystiq.

"The problem is trying to convince an entire animation/AI team to spend their resources away from things like combat, cutscenes, expressions, gestures, simulation etc and work on the new badger we’ve just built. As you can imagine, the priority drops somewhat for these things and often don’t make the final cut."

"In Fable III, so far we’ve built bats, crows, rabbits, ducks, robins, vultures, lizards, rats, butterflies, moths, insect swarms, dogs, fireflies, geese and we even started on a cow… whether or not these will make it into the final game is anyones guess at this point."

A fantasy realm, particularly one inspired by ye olde England, is rather weird without some colourful wildlife to inject some randomness here and there. Many things are changing with Fable III, including expansion beyond the Kingdom borders of Albion.

Humans, chickens and a dog have populated Fable II but aside from that no other common animal is found gracing the fields or burrows of Albion. Here's hoping our forests will be frolicking with life and not just bandits, hobbs or Balverine this time.