12 May 2010 | By Jamie Davey
Silverlode Interactive has revealed Captains of DarkTide, a free-to-play browser-based 3D MMORPG, which has been in development for over a year. The game will take place in the SAGA fantasy universe complete with elven longboats, flying fortresses and mythical beasts.

Beta signups begin today at www.playdarktide.com, where players who register will be among the first to preview Silverlode's new fantasy world. The CoDT facebook page will also give players waiting for the Beta a chance to influence the game design by participating in polls and giving feedback on proposed features. 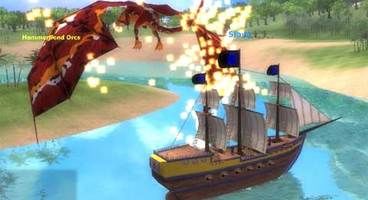 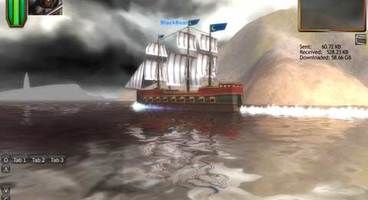 Unlike other pirate titles, Captains of DarkTide is set in a fantasy realm, combining magic and gunpowder, dragons and steamships, elves and orcs... Through questing and crafting, players will acquire fire-belching or lighting-spitting cannons, and can crew up with everything from orc snipers to dwarven bombardiers to dragon-summoning dark elves; and for all you undead fans, yes, even the lich and his minions are included.

Silverlode has not revealed how long Closed Beta will last or how many players will be admitted initially, but they have revealed that the game will be hosted on Amazon EC3 servers to scale quickly as the Beta progresses. Initially, only US-based realms will be accessible, but Silverlode has indicated that they will admit EU players to the US servers; EU servers will be launching soon for an EU Closed Beta.