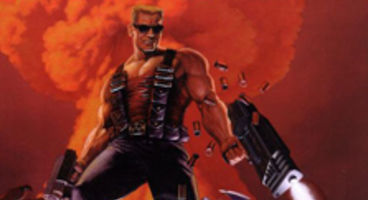 Publisher Take-Two announces their court action with 3D Realms over (the mythical) Duke Nukem Forever has ended, but won't spill the details.

They released a statement saying it "has been resolved," but that they are "not providing" specifics on the reached deal. Still no Duke Nukem...

Frankly that's the real crime here that we Duke fans are without our Forever. "We can confirm that the matter has been resolved, and the company is not providing additional details of the agreement," Take-Two told IGN. 3D Realms declined comment.

When the suit was launched against 3DR, which happened after they laid off the Duke Nukem Forever development team, Scott Miller of the studio said that Take-Two's legal action was "based on knee-deep BS" and a load of spin.

"3DR has been in nearly a dozen lawsuits (including against Warner and Fox). We're always innocent, and we always win. This one is no exception. Give it a year, then the truth will come out," said Miller, almost 12 months ago now. So where's our truth?