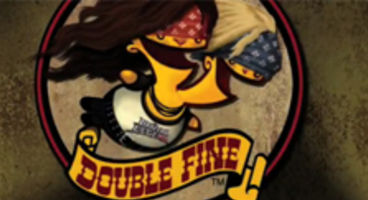 Tim Schafer, founder of Double Fine, reveals they've managed to survive despite a cancellation rate of 100%. Take that extreme pessimism.

Psychonauts and Brutal Legend both got 'canned' but managed a release anyhow. The studio has four new games, and all have publishers.

"How are we still around?" said Schafer. The answer lies in the quality of their games he pointed out. Right now they've got both full retail and digital download title projects in the works, but all got signed within "months" by publishers.

The studio is enduring "growing pains," what with their switch to multiple projects but empowering the right people within the developer is their way to the future.

Brutal Legend's Nathan Marks and Tasha Harris (also from Pixar) are both leading up game projects. Art director Lee Petty from the heavy metal action game has the reins of a project as well. Presumably Schafer is overseeing the remaining title himself.

Recently Schafer called Activision's Bobby Kotick a "total pr*ck" to much applause from the Internet if reactions from gaming communities are anything to go by. Have you enjoyed Double Fine's Psychonauts and Brutal Legend, videogamer?