Microsoft in the past year has been on a feeding frenzy, acquiring developers left and right. Their latest studio acquisition announcement was a jaw-dropper, as Microsoft announced they were in the process of bringing none other than Double Fine into the fold.

The greatest game ever made, Psychonauts, is free for just two days

Seriously people, Psychonauts is free on Humble Bundle for a limited time and you're here reading this sub-headline? Come inside, grab the link, and go get!

Zoink Games has announced that to celebrate the success of Psychonauts 2 on the Fig crowdfunding service, side-scrolling brawler Zombie Vikings will be getting some free DLC in the form of Raz-ombie.

Psychonauts 2 is well on its way to success in its crowdfunding campaign, but Double Fine hasn't forgotten what it took to get this far. Tim Schafer's development studio has released a three part in-depth look at the challenges and successes that the original Psychonauts faced. 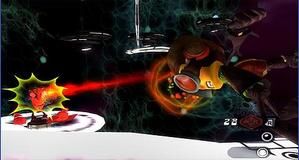