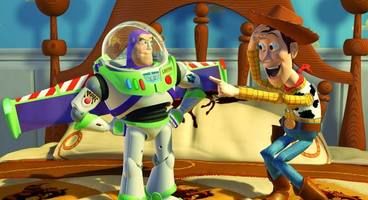 As Mary Beech, general manager and vice president, discussed at Toy Fair, Disney Interactive Studios is revealing a new gameplay mode called Toy Box. A primary feature on Toy Story 3: The Video Game console offerings, Toy Box is a virtual box full of toys. With an open-world sandbox-style of play, Toy Story 3: The Video Game taps into the beloved franchise’s humor and brings fans into the toys’ world to create their own unique story. The game’s developer, Avalanche Software, is working in close collaboration with filmmakers at Pixar to create an authentic Toy Story experience that inspires imagination and celebrates the joy of play.

“Toy Story 3: The Video Game addresses a fact understood by every kid: imagination is what truly brings toys to life,” said John Blackburn, vice president and general manager of Avalanche Software. “That’s really what a toy box is about. We remember that kind of play from our own childhood, and it’s where we began as game designers. With this title, we want to encourage and reward creativity in others.”

Designed to replicate the universal experience of playing with toys as a kid, Toy Box mode brings cowboys, space rangers, dinosaurs, and little green aliens together to create adventures only possible in a child’s imagination. Kids, families and fans will dive into Andy’s toy box with creativity driving their own stories and adventures.

“With Toy Story 3: The Video Game, audiences will have multiple ways to experience and enjoy the Toy Story world,” said Craig Relyea, senior vice president of global marketing, Disney Interactive Studios. “Story Mode follows the film’s story and adventures, while Toy Box Mode gets to the playful heart of the Toy Story franchise. By combining the power of imagination with the Toy Story universe, the game appeals to the joy of play in all of us.”

Embracing the adored and inspired fun of the Toy Story franchise, Toy Story 3: The Video Game features a story mode that follows the Toy Story 3 film adventures in which Buzz, Woody and friends grapple with their uncertain future as Andy prepares to depart for college. In addition to the Toy Box mode, the console versions put the toys in non-film related environments and situations such as light videogame combat with Buzz Lightyear. The handheld versions bring the Toy Story fun with fans wherever they go.