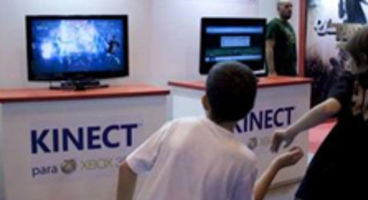 Microsoft is chuffed with the "strong start" for Kinect as it clears 1 million units sold since going on sale in the US November 4th, and 10th in Europe.

They expect to peddle 5 million by the end of 2010, and they're on track for that. Retailer GameStop has already said Kinect exceeded internal forecasts.

"It's a strong start. Consumers are loving it," said Microsoft executive Don Mattrick. Initially they were expecting to shift around 3.5 million units of Kinect by the time 2011 got here, but they've since bumped that figure to 5 million.

"I'd say right now Microsoft's Kinect is looking to be the winner of the two for us," declared a GameStop executive last week. Sony's PlayStation Move managed a million unit sales its first four weeks on sale in Europe back in September.

Have you bought PlayStation Move or Kinect, videogamer?