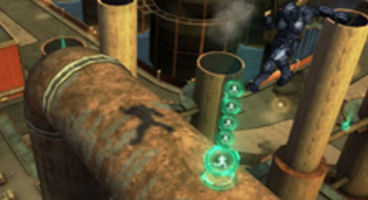 Ruffian Games' Crackdown 2 has kept its Agent perched atop the UK all formats chart for another week, with Dance on Broadway taking 2nd.

That means LEGO Harry Potter and Red Dead Redemption get knocked down a notch. Toy Story 3 as the new kid on the block tackles FIFA for 5th.

EA DICE's Battlefield: Bad Company 2 is barely holding on to the 20th slot, and Ubi's Just Dance is nearly out of the UK top ten (finally). Orb hunting in Pacific City is the hot thing that's in right now among Brit gamers, thanks to Crackdown's return.

Here's the UK chart for the week ending July 17th. 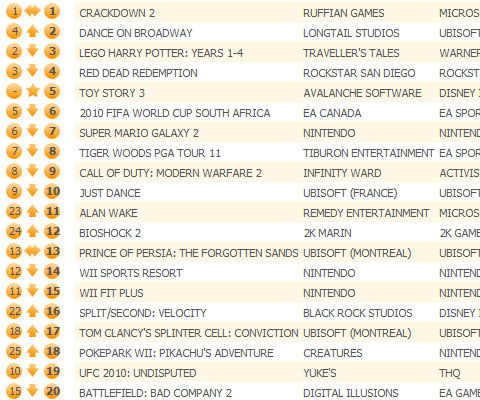 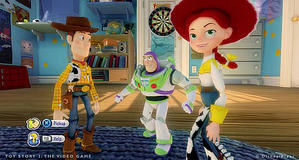