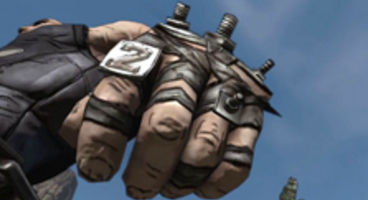 Borderlands will be getting a level cap raise in future DLC teases developer Gearbox. It's the "biggest DLC we have made" they add.

The studio team is working "really hard right now" on both a title update to squish bugs, and on the new downloadable content. Hooray!

"Sorry, I haven’t gotten to post on the forums in a while! After finalizing Zombies DLC, the team and I began reading the DLC feedback around the forums on the wants and desires," posted a Gearbox developer on the official forums, reports GameInformer.

"Guess what, level cap increase anyone? Got it and it's awesome. Hopefully we can get a full announcement out to you guys soon but, man is this the biggest DLC we have made. So don’t worry, we are working really hard right now on both the update (that solves a bunch of issues) and the DLC. More to come guys!!” 2 DLC pieces have launched so far.

The first added the undead to battle and a cure to find with the second sprinkling in more arena action madness for us to contend with, and to earn loot along the way of course. Have you been enjoying Gearbox's Borderlands, videogamer?