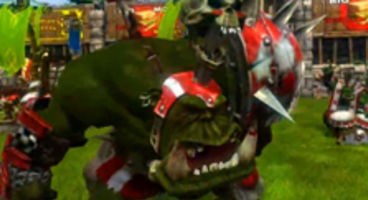 Blood Bowl from developer Cyanide will only be getting patches to address "technical bugs" from now on they reveal, as they move onto next.

They're busy with Blood Bowl Legendary Edition, and users fear it will make the original game obsolete, as content updates are to cease.

"By now, most of the development team are focused on Blood Bowl Legendary Edition release," posted the developer on a brief FAQ on the official forum.

"The current version of the game runs without technical bugs (we are aware of several gameplay elements that will be worked on for the Legendary Edition) and allows an enjoyable experience of Blood Bowl the video game."

"If a major technical bug threatens the system stability, we will of course fix such a problem as fast as possible. Nevertheless, there is no patch release planned for the moment."

It appears that a later statement saying that Blood Bowl currently "runs without technical bugs (we are aware of several gameplay elements that will be worked on for the Legendary Edition)", has caused much user anger on the technical forums for the game.

Cyanide Studio and publisher Focus remain quiet on the specifics of Blood Bowl Legendary Edition, such as the pricing and if it'll be compatible with Blood Bowl. Has this news upset your inner Orc quarterback, videogamer?