Inception game in "couple of years" 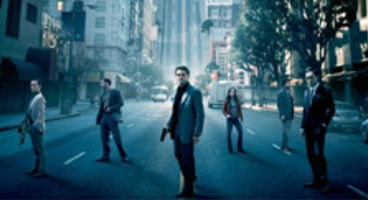 Hollywood director Christopher Nolan has revealed they're looking into doing a videogame based on the "world of the film" Inception; at least 2 years out.

The videogame could explore ideas that "can't fit" into the movie, which is all about environments shaped by the mind. This is "long term" thinking.

"We are looking at doing is developing a videogame based on the world of the film, which has all kinds of ideas that you can't fit into a feature film," said director Christopher Nolan at a press conference. Nolan directed The Dark Knight, starring the late Heath Ledger.

"That's something we've been talking about and are looking at doing long term, in a couple of years." Have you seen the Inception movie, videogamer? It stars Leonardo DiCaprio and has grossed over $753m worldwide, with $285m pulled domestically in the US.