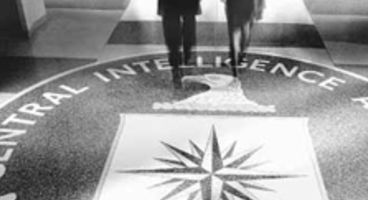 It's teased as a project they may, or may not, have developed for the CIA. Their release 'hid' a message, promising a shooter to amaze us all.

It's a first-person shooter online-heavy shooter, with more information to come as Atomic see fit down the line. It's supposedly based on the CIA's Special Activities Division, with the following 'decoded' from the redacted press release:

"So you've managed to decode this section to reveal the classified information. Come on! Did you really think it was going to be that easy? Yes, we do work for military and intelligence organizations. Yes, we are creating a game that will blow your mind."

"Yes, some of it was actually redacted. Yes, many of us have security clearances. So what that all means is I can't tell you anything more than is in this release until it's okay. Until then, we are high-speed, low-drag and ready to work. Molon Labe!"

The term 'molon labe' is ancient Greek and essentially translates into 'come and get it' by our fancy modern day English standards of linguistic verbiage. Atomic have been adamant they'll find someone to publish Six Days in Fallujah, the media hot potato.

We have to wait until the Atomic Games PR wagon fires up again for more.