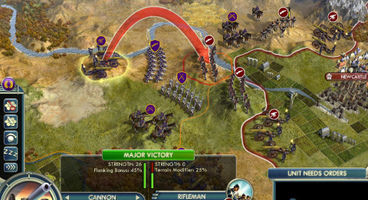 With the release of the major patch for Civilization V which fixes and tweaks nearly everything in the game - save that annoying opening cutscene - Civilization V lead designer Jon Schafer has left Firaxis.

Schafer has stressed that he left the development team on his own, and was not released, and added, "I very much enjoyed my time Firaxis, worked on many projects that I've very proud of and got to know a lot of amazing people. I'm appreciative of the opportunities provided by Firaxis and 2K, and hope to see (and play) more great games from them in the future."

It is probable he intends to strike out on his own and attempt to develop a game on his own. Whatever it is, we eagerly await to see what it is. It could be another strategy game, or something completely new. Good luck, Jon.