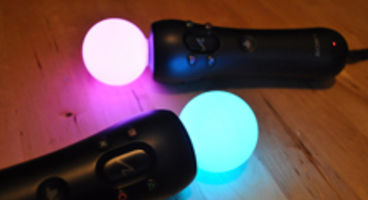 Microsoft's Kinect and Sony's PlayStation Move are experiencing high demand among current Xbox 360 and PS3 owners, but it's not a thrill for others.

Analyst Doug Creutz concludes from a survey that price cuts "would have been better" to secure sales boosts. Prospective buyers more thrifty this year.

Cowen conducted their Fall 2010 Video Game Survey' and harassed 1300 people and 1001 videogamers from the US to find out their inner consumer inclinations for this holiday.

"Our survey results also show that the price prospective buyers are willing to pay for a new console has declined meaningfully versus last year; however, hardware price points remain unchanged." Microsoft and Sony want their motion to expand the audience.

Both corporations also expect their respective new techs to appeal both to hardcore and casual gamer groups. Microsoft believes that Kinect will lengthen the Xbox 360 life cycle by another 5 years and forecasts 5 million Kinect sales by the end of 2010.

Cowen advises publishers that targeting the core gamer is the best way forward still despite the upheaval in the industries structure. Right on!