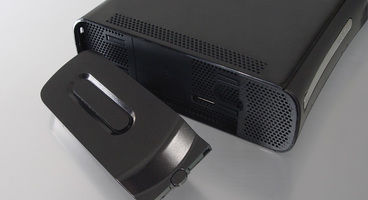 The 250GB Xbox 360 hard drive will sell from 16th April in the UK, although it will end up being cheaper than the 120GB HDD, which will remain at £80. Interesting strategy.