Ubi DRM only limits consumers "that actually PAY for their games" 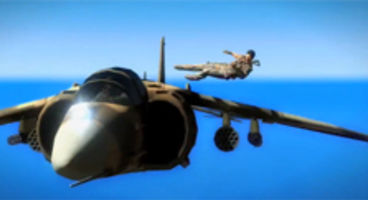 Piracy has "scared the market" into DRM like Ubisoft's 'always-on' system. PC titles should be "treated as separate projects" to deliver equal quality.

"Games have become a luxurious form of entertainment and piracy has scared the market to start implementing ridiculous DRM solutions that only limits the consumers that actually PAY for their games, not stopping the pirates," Sundberg told CVG.

There has been an outpour of outrage over Ubisoft's decision to force gamers to have an always-on Internet connection in order to play their latest PC releases, despite some games like Assassin's Creed II only supporting singleplayer anyway.

"As PC sales constantly dropping, they are a small group of very dedicated PC players who deserves a game designed for them and I strongly believe that PC games and console games are two completely different games."

Keep those camps separate argues the Avalanche boss, to make sure both are getting the quality they each deserve to play.

"If we constantly keep on delivering console ports and not games design for the PC player, the PC market will suffer from bad sales, piracy and bad DRM solutions."

"I strongly believe that most PC players are online players and online games are so much easier to design that we both protect the developer against piracy - and the consumer against a limited game experience," he continued on.

"I wish that future PC projects are treated just the same way as we would treat Wii, PSP or DS - they are treated as separate projects in order to deliver a different but equally entertaining experience to all players."

Just Cause 2 used no such DRM method for its PC release and still managed to sky rocket to the UK number one spot in March. Find out why in our chaos loving review.