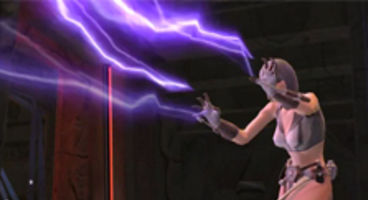 Those sneaky devils over at BioWare have reportedly sent out between 1 and 2 hundred invites for a closed beta test for Star Wars The Old Republic.

It's said to run only for this weekend, June 25-27, with users under a strict NDA. It looks to be a legit operation by EA and BioWare. Check those emails!

We all know a more open beta is coming to make sure that Star Wars The Old Republic is ready for mass consumption as it draws closer to its prospective early 2011 release date. Writing director Daniel Erickson recently said they'd "open it up" but he doesn't have any idea on the specifics of the plans.

This NDA doesn't prevent users participating from acknowledging the existence of the program or that they're a part of it - but nothing else is permitted to be discussed like details on the gameplay and especially no posting of in-game assets.

Hopefully a more widespread beta could launch later this year. Check out some gameplay footage from E3 2010 below featuring the Sith Warrior and Inquisitor.