Jagex and Bigpoint bring Runescape to Germany and France 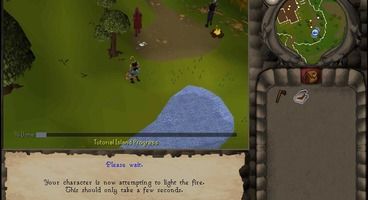 Jagex Games Studio, worldwide leaders in browser-based video games, and Bigpoint GmbH today announced their partnership to launch RuneScape and other great Jagex titles into Bigpoint's game portal for players in Germany and France. RuneScape will be the first title to benefit German and French audiences as it is a three-time Guinness World Record winner for the world's largest free-to-play Massively Multiplayer Online Game.

Jagex Games Studio integrated RuneScape into the Bigpoint network of games through Bigpoint’s re-tooled DevLounge, a game integration service designed for independent development teams to quickly and easily launch their games into Bigpoint’s massive community of players, which currently has 120+ million registrations.

”Bigpoint has achieved phenomenal success in France and Germany echoing our own success in the USA, UK and other English speaking territories so we are confident that RuneScape will be an excellent addition to their games portal. We believe Jagex’s current portfolio of games will strongly compliment Bigpoint’s existing titles and we are really looking forward to releasing more Jagex games through the Bigpoint network in due course.” said Oliver Kern, Head of Online Strategy, Jagex Games Studio.

Jagex Games Studio will continue to host all its own games, manage game updates, provide technical support and customer service as Bigpoint assumes responsibility for publishing the title, as well as general marketing, and payment processing in Germany and France. The game can also be played in English and Portuguese through the portal.

“We‘re very excited to introduce RuneScape, an MMOG that enjoys an immense and passionate fan base around the world, to our gamers in Germany and France,” said Lothar Eckstein, CMO, Bigpoint. “As one of the top-three game portals in the world, we strive to publish compelling content that gives players a wide range of gaming options – RuneScape is an excellent example of this strategy in action.”