Tecmo hopeful Quantum Theory to be "well received" in the west 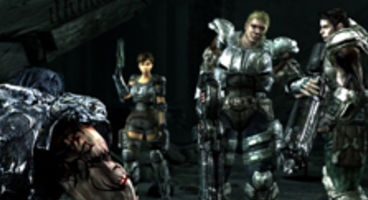 Quantum Theory is a third-person shooter from Tecmo, but it's not one filled with "big, sweaty men" they say - it's got a "softer" cast.

Tecmo notes third-person shooter titles "aren’t so popular" in Japan, but hope they've got their "balancing act" of action and story right.

"...while the Japanese market’s certainly shrinking, the number of people who play games is increasing. We see that as an opportunity," said Quantum Theory producer Yasuo Egawa, speaking with Edge. "So over the last three or four years we’ve been trying to target customers who haven’t bought Tecmo games before, specifically women.”

There's a co-op dynamic in Quantum Theory, and that role is filled by the light and agile Filena, an AI-controller female character described as ninja-like. Her death in either singleplayer or in online team games will mean you've failed.

“Most thirdperson shooters are just full of men; big, sweaty men,” said character designer Hiroyuki Yazaki. “So we thought we could bring a softer character into the genre. We’re Tecmo – we’re good at female characters!”

“We think Quantum Theory is another title that will be well received abroad,” said game director Makoto Shibata. They've got the domestic audience covered too.

"We’ve had consistent feedback from Japanese players at videogame shows,” said Egawa-san. "Thirdperson shooters aren’t so popular in Japan, but if we try to pitch the game in a way that a Japanese audience will better understand, we could alienate the western audience. It’s a balancing act..."

"We need to present it to the Japanese audience in a different way. We have to focus on story and characters, which a Japanese player might value more than a western player.” Quantum Theory releases on Xbox 360 and PS3 March 26th in Europe.