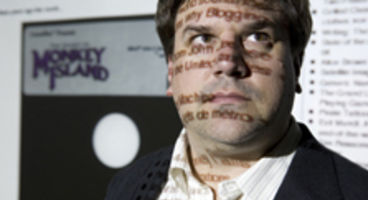 Gilbert and Schafer have game history as far back as Monkey Island in the nineties. Already the pair has a new project up their development sleeve.

"I'm really horrible working at home because all I do is other things rather than work," said adventure game legend Ron Gilbert, creator of the recent DeathSpank. "Being able to come into an office and be surrounded by other people helps."

"For the last couple of months Tim has been loaning me his desk here, as he has in the past," he continued. "We have just been talking about different ideas I've had for games, kinda going back and forth like we do, and then Tim suggested, 'Hey why don't you come here and build this thing.'"

"It kind of sounded like a good idea." Gilbert and Schafer have shared their genius on Monkey Island, Monkey Island 2: LeChuck's Revenge and Day of the Tentacle.

Their new project will be pitching to publishers in the near future and will have that trademark adventure flair from the duo. "We care about characters and story and humour and we care about unique art style," explained Gilbert. "I think those are things from the old adventure games that will be part of this, whatever it is."

The project is being led by Gilbert but will have input from Tim Schafer. What of Double Fine's other 4 videogame projects on the go? "...they're awesome," says Schafer. 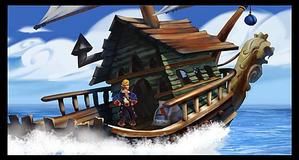