Codemasters calls off 'Heist', action title "terminated as a project" 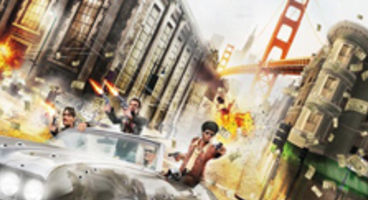 Bank robbing action in 1969 San Francisco has been dumped by publisher Codemasters, in favour of "high quality titles" elsewhere they say.

Developer inXile Entertainment was behind it, with Heist announced back in 2007. It's "much extended" dev time gave them cold feet.

"After a much extended development period, Heist has been terminated as a project and removed from our release schedule," Codemasters told CVG.

"Codemasters is focusing its future portfolio on high quality titles that will, in the majority, be developed and produced by our internal studios." Heist was set for release on Xbox 360, PS3 and PC with players taking the role of bank robbers looking for the big score.

It's just as well, it'd only get accused of providing society a 'bank robbing simulator' that the ultra conservative media would jump on. Had you heard of Heist before now?