Things that make you go "Mmm" 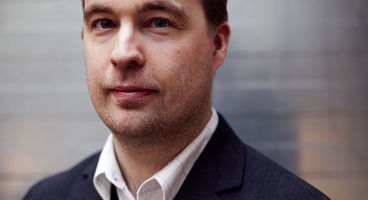 Paradox have been quite busy this year. From expanding their major franchises, to launching new initiatives and even taking their first tentative steps into the console space, this Swedish company is fast becoming a leading name in niche gaming. The man behind it all? Fredrik Wester, businessman and all round interview aficionado. We sat down with him to have a chat about the latest Majesty 2 expansion, among other things.

Mr. Wester, thank you for taking the time to answer our questions.

Fredrik Wester: It's doing very well. We are currently making sure all portals can release it (not up on Steam at the moment, but we're working on it). I played through most of the campaign, and it's a bit of a challenge.

Strategy Informer: On top of that, you've also just recently announced the third Majesty 2 expansion: Monster Kingdom. That's two expansions within the space of a couple of months - what was the thinking behind that?

Fredrik Wester: Battles of Ardania has been ready for some time. We waited on the release to add some stuff we really wanted to include, so the development time seems quicker than it really was.

Strategy Informer: How is the dev team handling it? Have you had to whip them to make sure they're working?

Fredrik Wester: The team has been working in a very efficient way to make sure we can release the expansions. No whipping needed for this project - we'll save it for something else :)

Strategy Informer: Do you think that kind of quick turnaround is something that's sustainable in the long run for full-featured content expansions like Monster Kingdom, Ardania, etc...?

Fredrik Wester: Normally it is not, as you need time for development and QA. Releasing a good expansion that people want to buy shouldn't be rushed. I know that, since we have rushed some projects in the past and we are doing our best to avoid it for future games.

Strategy Informer: Monster Kingdom is being touted as the "final" expansion for Majesty 2. Where does the franchise go from here, then?

Fredrik Wester: We are looking to develop the franchise over the years. We collected lots of valuable feedback from gamers on Majesty 2 and we will make sure to use it wisely if we start working on a sequel. We wanted to add Monster Kingdom to give a chance to play the “other side.”

Strategy Informer: We hear you absolutely love expansions. Why is that? Do you take an expansion to bed with you every night?

Fredrik Wester: I would if I could. I love expansions for many reasons, but being an avid gamer, I always like to see new content being released for the games I love. If Football Manager released a monthly expansion at $10, I would buy it. Every month. Seriously. Imagine getting updated rosters, players, leagues all the time. Mmm.

Strategy Informer: Of course, King Arthur has just been given an expansion too, and Paradox recently signed a long-term deal with Neocore. Why was that particularly special, though? Was there a danger of them NOT working with you if you hadn't solidified things more?

Fredrik Wester: With Neocore, I think we found a fit between our companies that is unusual in today's industry. Working together with a long-term commitment also ensures that we have the same agenda and work towards the same goals. We have a lot of trust in Neocore, and they have shown great improvement with every game released.

Strategy Informer: When we last saw you at GamesCom, you were talking about Paradox Connect. How's that coming along? What's the wackiest achievement you guys have thought up so far?

Fredrik Wester: We have a few wacky achievements lined up, and I won't spoil the gaming experience by telling which ones :) Paradox Connect is a very exciting project and we look forward to offering more content and services to our gamers in the coming years.

Fredrik Wester: I do want to; however, I'm not sure about the name of it. Victoria 2 should definitely have an expansion, but I'll be honest and say it hasn't been 100% decided yet. With my love for expansions, you get a “yes” vote from me; I just need to get the team onboard as well. So I can't say anything yet...

Strategy Informer: Are you sure? You know you can tell us anything, Fred.

Fredrik Wester: I would like to do more for Hearts of Iron 3 as well; endless possibilities there...

Fredrik Wester: Let's say this: if people want an expansion, we will release one :)

Strategy Informer: Fair enough. On a final note, then: why are you so awesome, Mr. Wester?

Fredrik Wester: Ha - that's a bit of a leading question, isn't it? You should ask the team who works with me every day - they might tell you differently! On a serious note though, since we are a privately owned company, our activities and decisions are not dictated by boards or shareholders and I can be open and accessible without a wall of PR people dictating my statements. My twittering on "thewesterfront" is just one example, and it seems people find that quite refreshing, but for me it's just a reflection of how we do business: personal, passionate, and invested.

Thank you for your time.