Fancy a bit of Arthurian monster-slaying? Bundle Stars has you covered - the company has just launched the King Arthur Complete Bundle, which packs up fantasy wargames King Arthur 1 and 2, alongside several pieces of DLC.

The games themselves are unspectacular but generally pretty decent strategy/RPG affairs, but for the set price of £3.89 you can't really go wrong. You've got two weeks to make use of the bundle deal.

What's coming from the Paradox Interactive house this year? Well the studio has issued an up-to-date release schedule, as of May 12th, for what fans can expect.

The closest release would be the King Arthur Collections due May 24th, with Pride of Nations following June 7th. Hearts of Iron III gets its expansion June 28th.

Things that make you go "Mmm"

We talk to Paradox Interactive's CEO Fredrik Wester about his love of expansions...

And the winner is...

Just a quick reminder to all of you that we've finished our competition a whole host of prizes, including the Arma II: Combined Operations box set.

Check out the winners and what you could have won... 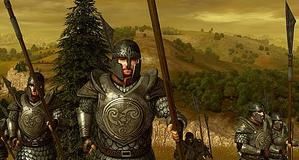