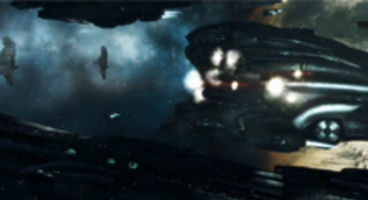 Developer CCP has responded to community outcries for EVE Online, saying they have a dedicated and "specialised team" for bug hunting.

This team has "carte blanche" to fix problems that have been introduced with the Tyrannis update. They hope to re-attain 1k+ player battles.

"CCP has invested significant time and resources throughout EVE's history on increasing the performance of fleet fights," said the Icelandic developer.

"We've always had a team of developers devoted to improving our technology and in recent years we made exponential headway through massive server upgrades and initiatives like "Stackless IO"." The EVE forums have been aflame with anger.

"Currently, unsurprisingly, this effort is our No.1 development priority and we have given the specialised team carte blanche in re-attaining 1,000+ player fleet battles that EVE is famous for." All EVE Online users occupy a 'single universe' server.

"With the help of the EVE community on the test server, we believe we are close to some investigative breakthroughs and will continue to relay any progress via our developer blogs." The community got extra riled when asked by CCP to vote for EVE Online in the European Game Awards. Verbal attacks stepped up on the studio.

Have you been having an un-fun time of it with EVE Online lately?