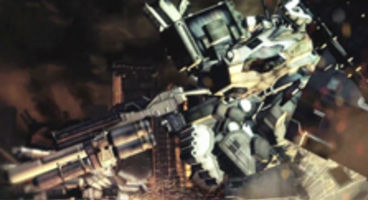 Namco Bandai Europe has confirmed that Armored Core V will be arriving in European shops next year. It's being developed by the FromSoftware team.

The mech action is 'revolutionised' boasts Namco as it delivers "more content" than previous instalments. It also has a "completely new atmosphere".

The latest game in the series is also packing a new designed online mode supporting huge team-based battles, along with more compact mechs to play with. FromSoftware "revolutionises the series with more content than the previous games, a completely new atmosphere, and a robust offline mode", say Namco Bandai.

The Armored Core franchise isn't exactly known in many European households and so it will take something extra from Namco to get attention. Are you partial to some mech action? Armored Core V releases on Xbox 360 and PS3 next year.