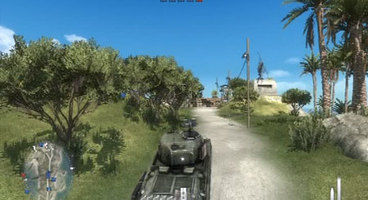 The PC version of Battlefield 1943 has been officially canceled, after months of delay.

According to Digital Illusions CE general manager Karl Magnus Troedsson in his blog, "I often need to make hard calls regarding where we put the studio's focus. Part of the challenge is to balance work on the new against the already shipped, prioritizing the amount of energy spent on the known franchises and the time spent on developing something entirely new."

DICE will be focusing instead on supporting the already released Battlefield: Bad Company 2 and developing the long-awaited Battlefield 3. Regarding the latter, Troedsson promised, "Our goal is crystal clear: we're going to build the best Battlefield game ever, and we'll do whatever it takes to make this the biggest launch in DICE's history."

Also biting the dust was the promised Onslaught mode for Bad Company 2, but Troedsson stated, "...our talented teams will focus on delivering the greatest possible gaming experience in our next behemoth release. We're confident this will lead to an even better experience in Battlefield 3, not only on PC, but on all platforms."

Let us know if you were interested in the budget digital download Battlefield 1943, which was a smash hit in 2009 for Xbox 360 and PlayStation 3.