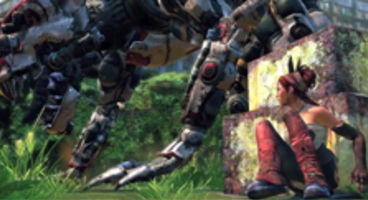 It hasn't broken half a million copies despite the very optimistic 800k estimate back in November. This casts huge doubt on a sequel to Enslaved.

Tameem Antoniades of Ninja Theory says there's "lots of material to draw on" in the Enslaved universe with "an opportunity to serialise it", however these low sales figures are likely to discourage Namco Bandai from signing cheques.