DICE: Origin bans for those on unofficial Battlefield 3 servers 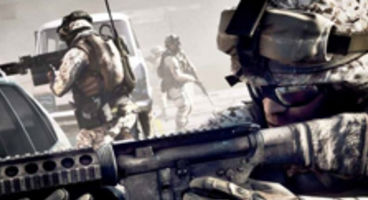 Developer DICE has issued a stern warning to "avoid temptation" of playing on unofficial Battlefield 3 servers as Origin bans will come from EA.

Those servers can 'compromise accounts' with altered stats and "other issues" which may stir EA to ban offenders. An Origin ban affects all connected titles.

"Please avoid temptation and remain on these official servers while we work to have these servers dealt with," said the DICE Associate Producer, Bazajaytee. "Playing on those servers can cause your account to become compromised, stats to be altered or other issues to arise which may lead to having your account banned by EA."

"If your account gets banned it does mean any EA game you have on your account would also be unavailable," they added.

Server files leaked for Battlefield 3 and led to some unofficial servers hosting 100+ player matches for the 32-player limited Operation Metro map in game mode Rush. Battlefield 3 releases on Xbox 360, PS3 and PC October 28th. The open beta is up and running.