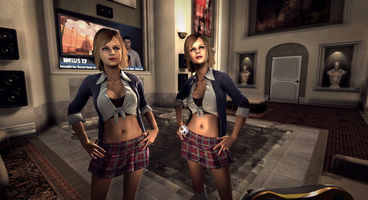 The folks at Gearbox are still angry about the negative reception of Duke Nukem Forever, as co-founder Brian Martel claimed in an unpublished interview at Gamescom that reviewers were using the game as a "soapbox", and insinuated that if Half-Life were released today, it wouldn't have gotten the same kind of high praise it did when it was released.

In the interview, Martel expressed confusion over the perceived hostility towards Duke, stating, "We wish the reviews were a little less caustic. We're not quite sure where some of the anger came from," then added, "There were things towards the high and things towards the low, but the middle just didn't get any traction. It's pretty obvious that people were using it in some ways to kind of use it as a soapbox or whatever."

He then went on to say he did not think the game was reviewed "fairly", then stated that Duke Nukem was supposed to be an "old-school style game in what is today's technology". Martel then pondered, "Would Half-Life today be reviewed as highly as it is, you know, even today? As a new IP coming out with the same sort of mechanics Half-Life had.

"I think we all have a nostalgia and love for that particular brand. Obviously Gearbox got its start working on Opposing Force so we love Half-Life. But is the current gamer, would they have the same love for that? It'd be interesting. I think the same kind of thing happened with Duke."

Martel was then asked if Gearbox had set expectations too high, to which he responded, "I think there was no way that anybody could manage expectations. Name another game that's in a similar situation. This is a game that was around for 15 years and it went through a number of engine cycles. It could never be everything for everybody, right?"