Rockstar: GTA V set 'in and around' Los Santos, pursues the "almighty dollar" 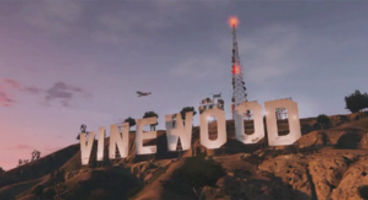 Take-Two and Rockstar Games has confirmed that Grand Theft Auto V will take place in a "re-imagined, present day" Los Santos in Southern California, and its immediate surroundings.

That rules out San Fierro and Las Venturas making an appearance like in GTA: San Andreas. We'll be after "the almighty dollar" in this "bold new direction in open-world freedom."

Neither Take-Two nor Rockstar would reveal specifics about the story except that we want to get rich, or at least live comfortably during a global plague of economic woe.

They would only tease that we're in "the pursuit of the almighty dollar in a re-imagined, present day Southern California.” Many hoped they'd get to see San Fierro and Las Venturas again, which was Rockstar's take on San Francisco and Las Vegas. However the focus is Los Santos (Los Angeles) and the surrounding landscape.

"Grand Theft Auto V is another radical reinvention of the Grand Theft Auto universe," said Sam Houser, founder of Rockstar Games. "We are incredibly excited to share our new vision with our fans." It's a "bold new direction in open-world freedom, storytelling, mission-based gameplay and online multiplayer," read the press release.

No platforms or release schedule for Grand Theft Auto V has been revealed, although analysts are pointing their crystal ball rubbing fingers toward a pre-E3 2012 launch window. Can it really be that soon?