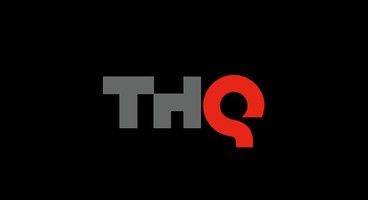 THQ has released a list of its PC and next-gen console titles that will be shown off at E3 2011. The games include:

Mx vs ATV: Alive DLC (PS3, Xbox 360 - DLC Schedule on MXvsATV.com): Capture the spectacle of motocross and the essence of competitive racing with the best riders, authentic licensed events and parts and gear from the latest manufacturers. Mx vs ATV: Alive is now available and a dedicated online store consists of rider gear, tracks, modes, and branded vehicles, such as Suzuki, Yamaha, KTM, and Honda.

Saints Row: The Third (PS3, Xbox 360, PC - Holiday 2011): The highly anticipated next installment in the open world Saints Row® series, the over-the-top third-person action title gives players control of the Third Street Saints at the height of power. Take a tank skydiving or call in a satellite-targeted airstrike on gangs in the most outlandish gameplay scenarios ever seen.

Warhammer 40,000: Kill Team (PSN, Xbox Live - Summer 2011): For the first time on consoles, players can step directly in the boots of an elite Space Marine unit sent to explore and assault a gigantic Ork Kroozer, facing waves of Orks and Tyranid attacks in an exciting arcade-style shooter. Tied to Warhammer 40,000: Space Marine, this title rewards players with an exclusive weapon for use in Space Marine multiplayer, a Powersword, available only through Kill Team gameplay.

Warhammer 40,000: Space Marine (PS3, Xbox 360, PC - September 6, 2011): Players of this third-person action/shooter step into the armor of superhuman warrior Captain Titus of the Ultramarines, humanity's last hope for survival in a war-torn future. In a brutally violent world based on the rich science fiction universe of Warhammer 40,000, players fight against the savage Orks and the unholy forces of Chaos in an attempt to save a besieged Forge World.

WWE 12 (PS3, Xbox 360, Wii - November 22, 2011): WWE '12 will celebrate the rebirth of the iconic and authentic simulation franchise through a bigger game, badder presentation and better gameplay than ever before, delivering long-awaited critical improvements to the core gameplay experience, the most creative and extensive feature set to date and a visceral, edgy and polished presentation.