Relic is focused on strategy, but would love to do a Space Marine sequel

Relic is best known as the developer behind excellent strategy titles like Company of Heroes and the Warhammer 40,000-branded Dawn of War series, but they also took the latter license to the shooter genre with Space Marine. It was a surprisingly solid action game from the tactically-minded developer, and it sounds like the team would love to revisit it.

Warhammer 40,000: Space Marine Collection updated with Trading Cards, 75% off until May 4th

Relic's Warhammer 40,000: Space Marine Collection has been updated with Steam Trading Cards for all your obsessive compulsive needs. To mark the occasion the bundle is also 75% off.

The usual price tag of £40 is dropped to just £10 from now until May 4th. The campaign and multiplayer modes will now result in cards, badges, Steam profile backgrounds and other stuff. The Collection includes all DLC. 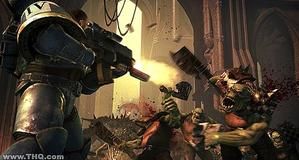 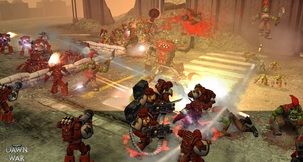 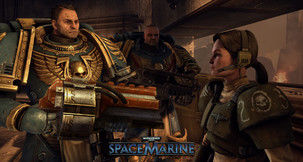 Relic is focused on strategy, but would love to...