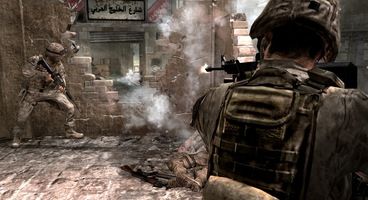 Frontier Developments founder David Braben, best known for creating the classic Elite, is frustrated that publishers are becoming increasingly unwilling to take chances and are only eager to back Call of Duty-type games.

According to Braben, whose company is developing Kinect Disneyland Adventure, stated in an interview with Edge, "I think there's a problem at the moment as big publishers are running scared. What really upsets me is that we have this Call Of Duty-shaped jelly mould, and it's being used to create games that are all competing for a very narrow niche. That's very disappointing as a gamer."

"We do see the occasional game come out that looks at thing from a very different perspective - LA Noire, Red Dead Redemption - and that's great," he added. "But something inside me dies when I see another game that looks exactly the same as all the others."

Aside from their Kinect game, Braben's ambitious conspiracy thriller The Outsider is a victim of this bias.

"We got it to a reasonable stage, but it's currently on hold," said Braben. "We're looking at how we revisit it and when. Certainly we'll go public on showing the game at some point. I would like it to see the light of day properly as a released game, but we're going to have to try and work out how best to do that."