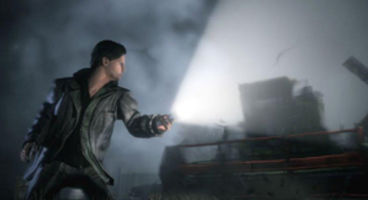 Remedy Entertainment is developing Alan Wake for a digital release on Xbox Live Arcade, with it rumoured to be subtitled 'Bright Falls'. It's "not a small game," says Geoff Keighley.

The GameTrailers TV host calls it "really ambitious, beautiful technology" and that it's "effectively" Alan Wake 2. It'll debut at the Spike VGAs which is held this Saturday in TV land.

Remedy have said that this XBLA title is "structured" as if it were a full retail launch. This Saturday will host a number of exciting new video game debuts, as the Spike VGAs do every year.

"I’ve seen the game, seen the trailer we’re showing and even though it’s going to be a downloadable game, it’s not a small game,” said Geoff Keighley. "It effectively is, I think, Alan Wake 2 when you really look at it and what they’re doing with that game. It’s really ambitious, beautiful technology and I think people are really going to be excited about it.”

Did you enjoy Remedy's Alan Wake? It was a long time in development.