06 October 2011 | By Jonah A. Falcon
The third developer diary for the upcoming action-RPG tower defense game Dungeon Defenders has been released, and this time it explains the mechanics of combat.

The Combat phase is where all of the planning of the Build phase comes to fruition. The diary also discusses types of enemies who ignore defenses by either flying over them or just coming after the player directly.

Check out the dev diary in the video below. Dungeon Defenders will be released this coming October on PC, Xbox 360 and PlayStation 3. 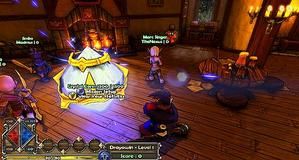