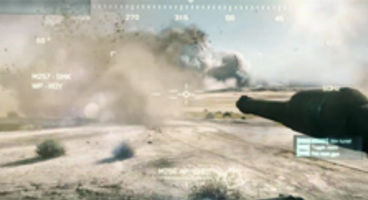 DICE and EA's Battlefield 3 has gotten a huge 8 minute long gameplay trailer for the 'Thunder Run’ tank battle level in the game, available in glorious 1080p.

It involves rolling an armoured column over the desert searching for some bad guys. The entire demo was from the PC version and it's visually stunning.

This level was shown off at EA's E3 conference. Battlefield 3 releases on Xbox 360, PS3 and PC November 1st in the US, the 4th in Europe. The gameplay footage below follows Marine Sgt. Miller as he takes part in a major tank assault on the outskirts of Tehran.