08 November 2011 | By Jonah A. Falcon
The first DLC for Kinect Sports: Season Two is now available on Xbox Live Marketplace, and while light on content, it has the right price: it's free.

Instead of adding new sports to the game, the DLC merely adds new wacky game modes for each of the six existing sports. 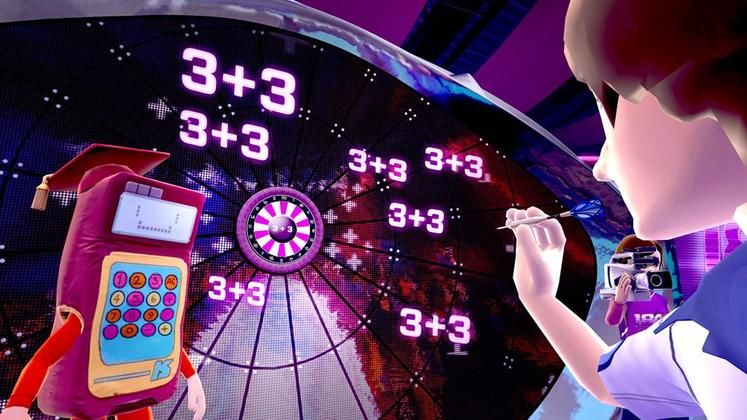 According to Major Nelson, the new game modes include:

· Baseball: Frantic Fielder – Oil up your mitt and get ready for action! “Frantic Fielder” for Baseball gives all new meaning to playing catch. Fielding an endless stream of balls from a lineup of mascots tests everything from hand-eye coordination to speed. The more you catch the harder it gets – three misses and you’re OUT!

· Darts: Smart Shot – Exercise the brain and throwing arm simultaneously with “Smart Shot” for Darts. If hitting the bulls-eye wasn’t challenge enough, try competing against the clock with mathematical puzzles that require a sharp mind and even sharper aim.

· Football: Crazy Kicker – As the star kicker in “Crazy Kicker” for Football, you’ll discover the challenge of making a 40-yard field goal with all eyes watching. Account for factors like distance and wind to line up your shot perfectly and score! The crowd and mascots will cheer you on with every amazing goal.

· Skiing: Cool Ringings – Swoosh down the slopes with a license for speed, dodging mascots and ringing the cowbells for extra points in “Cool Ringings” for Skiing. Five different courses help players build their ski legs just in time for ski season.

· Tennis: Rapid Returner – Breaking a sweat is easy with “Rapid Returner” for Tennis, where mascots serve up a variety of zingers at increasing speeds to the forehand, backhand, net and baseline. If you’re looking for the ultimate Tennis training game, grab your racquet for and get ready for action.

The DLC can be downloaded from the Xbox Marketplace on the Xbox 360, or queued automatically by visiting the official Xbox.com page here.

In addition, a trailer for the DLC was released, which can be seen in the video below.