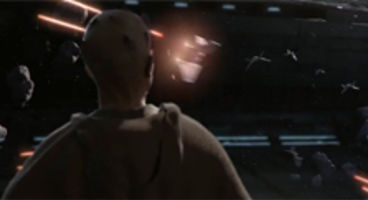 BioWare and EA have set loose the CGI intro cinematic to MMO Star Wars: The Old Republic, featuring over 6 teasing minutes to the 2012 bound title.

We see the initial arrival of the Sith Empire at Korriban as they lay waste to a Republic space station orbiting the planet. Yes and there's plenty of ligthsabering.

The events in BioWare's original Star Wars lore takes place 4,000 years before the timeline in the films. The Sith have returned to the galaxy after spending over a millennia away and have nothing but contempt for the Republic and the Jedi.

Check out the scrumptious CG intro cinematic below.